Walking across the long, green stretches of the fields in Uganda, Asobora and Buzobosi were on another adventure today. They planned to go to the bustling markets of Uganda to pick up some food for dinner, and then find a quiet lake to swim in, to keep themselves out of mischief, just for one day.

‘I want to go and play with the children!’ said Asobora, the cheeky little monkey and he grinned from ear to ear. ‘We can’t Asobora, the children are all in school today. And we always get in to trouble when we go to school!’ said a very wise Buzobosi, desperate to have a quiet day. And so the pair carried along their journey, although Asobora could not resist playing a game with Buzobosi and shouted ‘TAG!’ and ran away as fast as he could, so Buzobosi, the crocodile, would have to chase him. 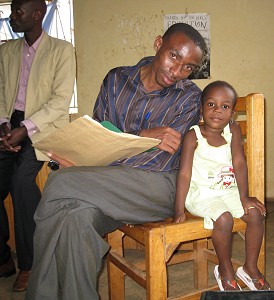 Running through the grass, Asobora suddenly came tumbling to the ground, rolling over with his tail in the air and his head to the ground and back again. Buzobosi caught up with him and found him lay on the floor next to a package. It was a small brown cardboard package, that was sealed all the way around.

‘Let’s leave it Asobora, it is not for us!’ said Buzobosi, but he was too late, the naughty little monkey had ripped off the thick piece of tape holding the two sides of the package together. He pulled out a long white net, with a hook on the top. The net was bigger than Asobora, so when he held it up, most of it still trailed on the floor.

‘What is it?’ a very curious Asobora asked his friend. ‘What does it do?’

‘I’ll show you’ said Buzobosi. He put the net back inside the parcel, put it on his very long back and showed Asobora the way in to town. But all the way there, Asobora was very, very excited about knowing what it was.

‘Is it a kite, Buzobosi? No! Is it a hammock, for sleeping on? Or a fruit carrier, so you can carry your fruit home from market for your mummy?’ And he went on, and on, and on, all the way into town.

When they arrived, a little girl came leaping up to the animals, as if she recognised the package. Smiling, she opened the box that rested on the crocodiles back, took a look inside and jumped with joy! ‘Thank you for finding it, where did you see it?’ She asked the boys. 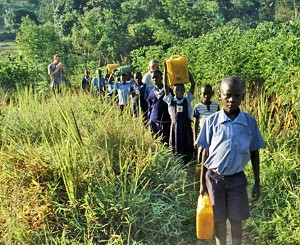 ‘On a field on the way over here.’ Asobora answered, ‘what is it?’ he asked, but by this time he had already convinced himself and Buzobosi it was a tent, but not one to keep the rain off, because of the little holes, and not one for hiding, because you could see through it.

‘It is a mosquito net! I put it over my bed so at night I don’t get bitten by the mosquitos. Mosquitos are little insects that can carry diseases, but if I have one of these nets I won’t get bitten, so I won’t get poorly either!’ The little girl said, as she gripped on to her net. ‘I’ll show you.’

So along they went, Asobora, Buzobosi and the little girl, into her house made of clay. She hung her net above her bed, so it flowed all around the edges, not letting a single mosquito in.

Asobara and Buzobosi felt happy knowing the little girl would not get bitten by a mosquito when she went to bed tonight. The little girl said, “Let us all go and play Tag” So the three friends went into the sunshine and Asobora got his wish.